6 Reasons to Choose Reclaimed Cobblestone for Your Driveway 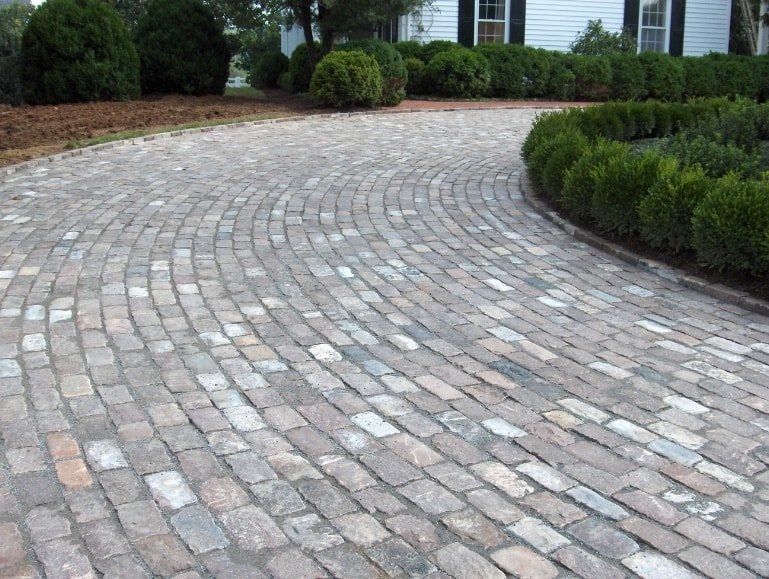 If you’re planning to construct a new driveway for your home, one of the decisions you’ll have to make is choosing a material. While there are dozens of different options from which to choose, one of the most elegant and captivating is reclaimed cobblestone pavers. It’s been used in the construction of residential and commercial properties for over a century, offering a unique look that’s simply not found elsewhere. But there are many other reasons to use reclaimed cobblestones for driveways, some of which we’re going to discuss today.

What is Reclaimed Cobblestone?

In case this is your first time hearing about reclaimed cobblestone pavers, here’s a crash course on this classic stone material.

Cobblestone has roots dating back before the rise of the Roman empire, long before concrete and traditional brick pavers were invented. It consists mostly rounded, weather-worn stones that were used to pave city streets. Once set in sand and/or mortar, cobblestone offer a firm, secure material for creating paved roads.

From London to Philadelphia, cobblestone played an important role in cities’ infrastructure and transportation. Unlike dirt roads, they didn’t get muddy during a rainstorm, nor did they develop uneven pits. And when set in sand, cobblestone became even stronger. Cobblestone was the perfect road material for this reason, allowing residents, merchants and other individuals to traverse the city streets with ease.

By using reclaimed cobblestone for your driveway or property, you’ll contribute to a greener, more sustainable environment. As previously mentioned, this innovative stone is from old city streets. Traditional stone is often discarded after use, adding to the already dense and overloaded landfills. Reclaimed cobblestone, however, is recycled and reused, making it a more environmentally friendly alternative, and a great choice for an eco-friendly driveway.

Of course, another reason so many homeowners (and business owners) choose cobblestone over traditional stone and paved solutions is because it’s unique. No two reclaimed cobblestone driveways are the same, as each contains subtle nuances in its appearance that differentiates it from the rest. 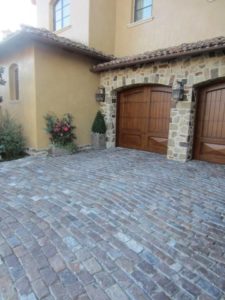 Durable and Resistant to Wear

When choosing a material for constructing a new driveway, you should consider its overall strength and durability. This, of course, is an area in which reclaimed cobblestone excels. Back in the early American colonial days, horse-drawn carriages and wagons would traverse across cobblestone streets. Its high-strength and durability made it resistant to damage. You can bring these same characteristics into your driveway by choosing reclaimed cobblestone.

To learn more about reclaimed cobblestone and other innovative stone solutions for your driveway, contact us today. Gavin Historical Bricks is an industry-leading provider of authentic, high-quality bricks from some of America’s oldest towns and cities.