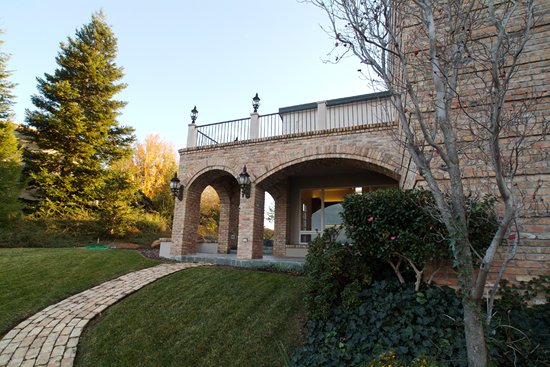 Chicago may be more broadly famed for its deep dish pizza and the gangster culture of Al Capone, but in architectural circles, the city’s fame derives from famous architects such as Frank Lloyd Wright and Daniel Burnham, and the incomparable building material known as Old Chicago brick. This material is an antique brick product that is recovered from demolition sites around the city. It was produced and used from the late 1800’s, generally after the time that Mrs. O’Leary’s cow kicked over the lantern that set the old city ablaze, and up through the 1970’s when new building materials and construction techniques began to supplant its fame. The appeal of Old Chicago brick pavers has stood the test of time, much like the bricks themselves.

Old Chicago brick pavers have the same dimensions as standard brick, measuring 8 inches long by 3-5/8 inches deep and 2-1/4 inches high. They were made mostly from locally-sourced clay and have varying terra cotta color tones, in a range that is best described as between light to medium pink and salmon. Their clay composition makes them highly moisture-absorbent. Chicago’s union labor tradition is often visible in the “union made” stamp that is still visible on many of these bricks. Although a few streets in and around the city of Chicago are still made of brick pavers, Old Chicago brick is better used as a paving stone in regions that do not experience severe weather and freeze/thaw cycles that can degrade the brick. Most recovered Chicago brick is now used in warm climate construction. 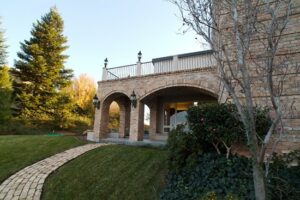 Sources of Old Chicago brick pavers are becoming more scarce as architects and engineers have grown to appreciate the beauty and integrity of this product, which leaves fewer old buildings in Chicago subject to demolition and reclamation of the bricks. During the reclamation process, the bricks are removed as intact as possible. Old mortar is physically or chemically scraped away to leave the bricks as clean as possible for reuse. Bricks that have been painted will be chemically treated to remove as much paint as is possible. The porosity of the bricks precludes the use of any abrasive cleaning materials to remove paint.

When these bricks were still produced in any one of the several brick-making facilities that dotted the city, they were considered to be a common, garden variety building material that was relegated to a building’s sides and rear. They were inexpensive and in plentiful supply, making them, ideal for parts of a building that were not readily seen from the building’s front. Granite and higher-quality brick were saved for the building’s facade. Architects and engineers who seek to use Old Chicago brick in construction projects today will now pay a premium due to its shorter supply. Projects that use Old Chicago brick need to be carefully measured and planned to maximize the utility and quantity of Old Chicago bricks that remain available. 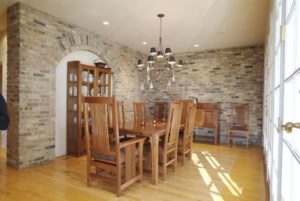 In general, Old Chicago brick pavers will cost more than newer brick materials, but their timeless appeal and beauty will enhance the overall value of any architectural project. Because of their limited supply, Old Chicago bricks are used primarily in accent projects such as fireplaces or hearths rather than as an exterior cladding material. Notwithstanding their price, some designers and architects in warm weather locations still use Old Chicago bricks in paving and other outdoor projects.

Gavin Historical Bricks in Iowa City, Iowa, is a trusted source for Old Chicago bricks and other historical building materials for building projects throughout the United States. We are a family-owned company that reclaims and supplies antique bricks for new construction that aims to present an old world appearance. Please contact us for more information about our building materials and services, or to speak with one of our consultants about your antique building material needs.