Find Yourself in the Not-So-Perfect World of Arts and Crafts Construction: Clinker Brick for Sale 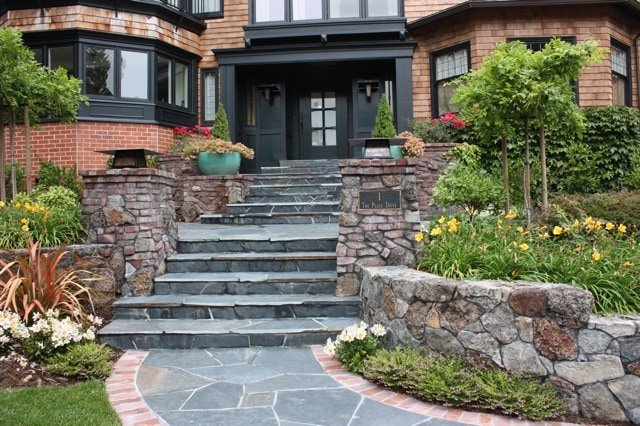 The idea to reuse, re-purpose and recycle may seem modern, but a century ago, architects found the appeal in “trash” bricks and put them to beautiful effect in Arts and Crafts homes and other buildings. These so-called clinker bricks are enjoying a revival in the 21st century as home-builders seek to add a unique touch to their homes by incorporating salvaged clinker bricks into such features as fireplaces, patios or garden walls.

If straight lines, uniform bricks and solid colors of the modern era leave you feeling cold, maybe you can find yourself in the not-so-perfect world of arts and crafts construction.

What Are Clinker Bricks?

The first order of business is to explain what clinker bricks are for the uninitiated. Clinker bricks, named for the distinctive sound the hard bricks make when banged together, formed when left too close to the heat of a coal-fired kiln. The bricks often twisted and broke, leaving them worthless to brick-makers, who prized uniformity. Over-baking also produced rich, warm colors, from dark reds and oranges to purple and black. Each clinker brick was unique and seemingly useless.

However, in the early 20th century, modern architects discovered the uniqueness of these bricks and began incorporating them into designs, sometimes building entire houses from clinker bricks. The Arts & Crafts period saw an emergence for clinker bricks as they were used in porch posts, garden walls and chimneys. Charles and Henry Greene may have discovered the bricks in Boston during their MIT years but made them famous by building clinker brick homes in California in the early 1900s.

East Coast architects also found the appeal of clinker bricks and incorporated them into Colonial Revival designs. The pre-industrial look of the clinker bricks attracted the architects as they sought to recreate homes from the colonial period that would have been constructed from hand-made bricks.

Another example of extensive use of salvaged clinker bricks can be found in the Memorial Park Cemetery in Oklahoma City, which features a massive wall of blackened bricks that circles the burial ground.

“In these days of automated manufacturing, when perfectly identical bricks are produced thousands at a time, clinkers are all but non-existent,” Susan VanHecke writes in the article “The Accidental Charm of Clinker Bricks” in Old House Journal.

Gavin Historical Bricks scavenges the country looking for the old rejects, searching historical society records to find old brick factories. Gavin will fly over the sites in search of discard piles from the closed kilns then begin digging. Salvage companies also rescue bricks from demolition sites. To meet the demand, Gavin about a decade ago began manufactures clinkers, attempting to intentionally create what once were the bane of brick-makers. Gavin bakes the bricks in century-old, coal-fired kilns that are fired to 1,850 degrees for three weeks. 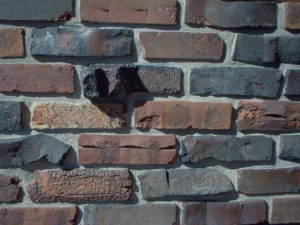 An important aspect to remember about construction with clinker bricks is that masons must be willing to experiment and follow the lead of their clinkers. Clinkers can be laid is a straight row as are traditional bricks, but they lose their appeal and uniqueness. The mason must be aware of the unique feature of each brick and frame it in a way to draw out the beauty of the various bricks and create what amounts to a work of art in brick.

Clinkers also can be mixed with traditional bricks as a way to save money while still adding an interesting design feature to your building project.

Whether you are a home-builder or homeowner looking to enhance your residence with salvaged clinker bricks from a bygone era, contact us to learn more about the unique nature of these bricks and determine the style and color to fit your needs.