Where Were Purington Pavers Made? 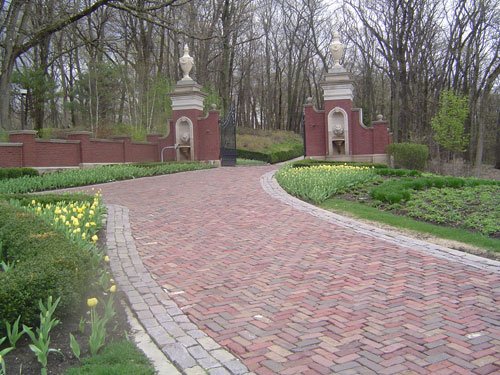 Once the world’s largest brick manufacturer, Purington Pavers Brick Company supplied practically indestructible brick pavers across the United States and around the world for more than 50 years.

Now, these historical bricks, which went out of production in the late 1940s when demand for pavers disappeared with the advent of asphalt and concrete streets, are regaining popularity for construction and home pavement projects. Before you decided to add Purington pavers to your project, we thought you’d like to know a little more about the history of Purington Pavers and where they were made. We also have genuine Purington Paver bricks for sale, if you would like a piece of history in your next building project.

The site of what would later become Purington Paver Brick Company was founded in 1849 when German stone mason Henry Grosscup purchased 90 acres of land from Knox College in East Galesburg, Illinois. Grosscup paid for the land with his first production of bricks, which were used to construct Whiting Hall and Old Main on the Knox College campus, reports The Knox County Historical Sites, Inc.

The installation of brick streets in urban areas around the world literally paved the way for automobiles as streets were no longer muddy in the rainy and winter season and dusty in the dry summer time.

The first brickyard built by the Puringtons contained 14 kilns for firing the 4-by-4-by-8-inch bricks needed for pavers. Yard No. 2 contained 22 kilns, and eventually the plant had four yards, employed 800 workers at its peak and produced more than 150,000 bricks a day.

The blue shale and yellow soil in the region was ideal for constructing the hard pavers, but the labor was extremely intensive. The shale was scooped from nearby pits, then was mixed, crushed, dampened and pressed into molds about an inch larger than the final product. The green colored bricks were set by hand onto large, movable platforms for firing.

Old timers recall the physical labor involved as a green brick pitcher tossed the clay bricks, sometimes two and three in each hand, to the catcher above, who stacked them in the kiln. The catcher often used old leather shoe soles, cut individually for each hand, to help curb the blisters, according to KCHS, Inc.

Many workers at the plant started their careers as “sand monkeys”, who were teenage boys hired to throw sand on the bricks so they would not stick together during firing.

The bricks were fired to the point of vitrification, a chemical reaction in the shale that causes the bricks to become extremely hard and durable.

The single largest order for Purington bricks came from the Dupont Co. to construct a munitions plant in southern Indiana at the start of World War II. Purington operated around the clock to produce 22 million bricks in just 146 days, shipping 7 to 8 train car loads of bricks per day, with bricks arriving at the construction site still warm from the kilns.

Purington retired the coal-fired kilns and switched to gas-fired plants in the early 1950s, also switching to manufacturing standard 2-by-4-by-inch bricks for building construction until closing the plant in 1974.

Now, you have the opportunity to incorporate Purington pavers into your construction project, either as building bricks or as pavers. Gavin Historical Bricks has recovered many of the pavers from streets throughout the Midwest and recently acquired the old brickyard and are rescuing bricks from the interior of the kilns and staging areas. The pavers are approximately 9-by-4-by31/2 inches, weigh 9 pounds each and offer a variety of vibrant colors from orange to red to purple to black.

Contact us to get bricks for your special construction project and bring this piece of Midwestern history to your home or commercial building.