What Do You Really Know about Cobblestone? 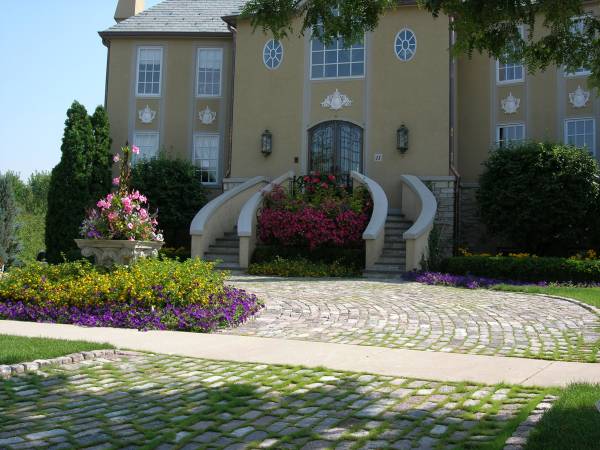 Cobblestone roads are uncommon these days. At one time, however, road builders used cobblestones in many cities and towns. Building contractors also used them to create buildings.

What do you really know about cobblestone history? Let’s take some time to explore the history of cobblestone streets in a little depth.

True cobblestones, the building material made of small, natural stones with edges smoothed by water, have been around for centuries. In England, the term cobblestone first appeared in the 15th Century when towns wanted to make trade routes and traveling from town to town more reliable and sturdier than the old dirt roads. Actually, though, it was the Romans who first invented cobblestone streets. The first recorded cobblestone roads appeared in Rome’s unparalleled network of roads in the third century.

The term cobblestone refers to the smooth, round shape of the stones that workers picked up in rivers and streams. Cobblestones were cheap and they were plentiful. They generally range between 2 and 10 inches in size. They were laid together by hand without any tools in a sort of jigsaw puzzle configuration. Cobblestones were generally laid in sand or sometimes set in mortar if the road owner were wealthy. Cobblestone roads are serviceable. They do not get muddy or rutted by rain like the old dirt roads that needed fixed each spring. Granite cobblestone pavers do not break easily and when they do they are easily replaced with new cobblestones by hand.

Are cobblestone streets still in view in Europe?

Setts consist of granite that men mined from quarries and then shaped into a rectangular shape. These rectangular blocks (Belgian Blocks) are then used to make street surfaces. 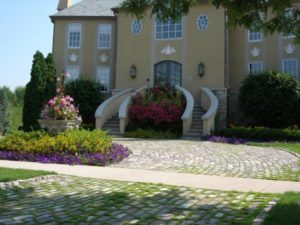 When did cobblestones come to the US?

There is a restoration movement afoot in New York and many of the old cobblestone streets are in the process of finding their original glory. Where asphalt and concrete have broken from wear and tear of the last centuries, the restoration rules require that builders use the original material upon restoration.

In addition, firms that carry antique cobblestone (also called vintage cobblestone) and reclaimed cobblestone are in great demand for construction projects for private residences, including driveways, fireplaces, walls, patios, or the buildings themselves. One such firm states that its reclaimed cobblestones are granite pavers that are 150-200 years old and will last forever. They mostly come from old streets in turn-of-the-century mill towns and old seaports. Most of the 17th and 18th century cobblestones in the US are actually Belgian Block.

There is something magical about cobblestones. Walking on the natural, water-smoothed stones transports pedestrians back in time to a less complicated and more romantic time when the clip-clop of horseshoes echoed with each step and gaslight street lamps pushed back the night.

To talk more about this, or anything else, please contact us.