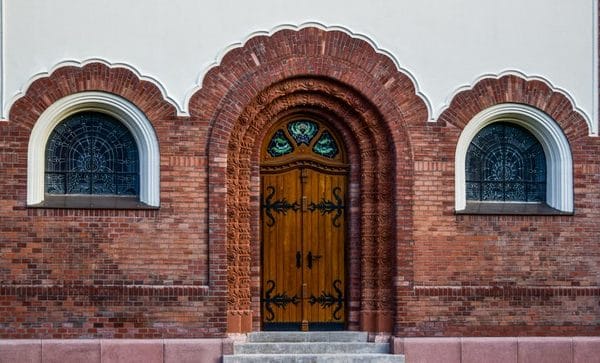 There are a lot of reasons to build with used brick. It comes with a long lifespan, it’s attractive, and it can be laid in a variety of patterns. Brick is an established material, and whether you’re building a home, a patio, a business, or any other kind of structure, used building bricks are always on the table as an option you can pursue.

However, more and more builders these days are choosing to use reclaimed brick instead of buying new. While buying used bricks for a new job might sound like cutting corners, there are several advantages to reclaiming old materials to use in a fresh project.

Some of those advantages include…

One of the primary advantages of using any recycled material, brick included, is that it tends to be less expensive than buying brand new building materials. Which makes sense, given that used bricks don’t have to have the clay mined, transported, molded, fired, and then transported again. They simply come out of a wall in one place, get cleaned up, and are then re-sold for use in a new project. That represents a big savings to the seller, and that savings gets passed along to the client.

Also, given the sheer number of used building bricks it takes to complete even small projects, shaving even a small cost off every, individual brick can make a big difference when it comes to the final cost of your materials. So while the difference between a single used brick and a new brick might be small, do the math to make sure you appreciate the scale.

Fresh bricks come straight from the kiln, and as such it’s impossible to know if they’re really as strong as they look. Sometimes they have flaws hidden inside that you won’t discover until they’re already in the wall and you have your first cold snap of the season, or the temperature gets much higher than you thought it would.

With used bricks, though, they’ve already gone through the test of time. They’re solid, and they’ve shown they can stand up to weather, to pressure, and that there is nothing in them waiting to break. Additionally, all of the shifting and alterations that naturally come with new bricks finding their place has been taken care of. Used bricks are in their final form, and there are no real surprises with them.

Have you even wondered what happens to bricks when a building gets torn down? Well, most of the time, those bricks get trucked away to a landfill somewhere, taking up space with the rest of the refuse. Bricks are heavy, they don’t break down over time, and a lot of them are perfectly fine to be used again. So recycling them frees up landfill space, ensures we don’t have to dig to make new bricks, and it allows us to keep building new structures. That’s a win for everyone.

When you buy new bricks, they come with a pedigree. You know where the clay was mined, where the bricks were fired, and who you bought them from. Used building bricks, though, come with a history. You know what building they were a part of before, and if there’s a historical significance to that. They come with a story, and your building is just the latest chapter in their saga. That makes them unique, and it can add some spice to your project.

These are just a few of the advantages of used brick. For more information about used brick, and to get help in deciding if it’s right for you, simply contact us today!